About the Cowboy Hypnotist 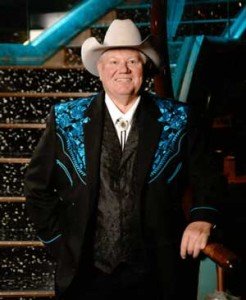 Looking for fun-filled entertainment for you next party of event?

Look no further than the Cowboy Hypnotist!

Are you ready to have more fun and laugh harder than you ever have in your life? Are you looking for hilarious entertainment for an event or party? Well, look no further.  My Comedy Hypnosis Stage Shows are exactly what you are searching for. Fun, fast paced, action packed and family friendly.

“My sides hurt so bad I could barely breathe. I have never laughed so hard in my life”

“Don’s slow Texas drawl and quick wit really draws you in. He is a very funny guy”

says J. Johnston of Austin, Tx after seeing one of my shows at the Medina County Fair in 2013.

My wife, Sherry, and I were with some friends in Las Vegas in 2003. We walked into the first comedy hypnosis show we had ever seen . The things the hypnotist got the volunteers to do had us laughing so hard we had tears streaming down our faces. It was absolutely the funniest show I had ever seen. The show kept us laughing long after we left as we recalled all the funny routines that had happened that night.
After we returned home, I began to research hypnosis and to find out how it all works. I read books and watched videos on hypnosis. It became apparent to me that this is what I wanted to do for a living for the rest of my life.

Where could I learn hypnosis? Well, in Las Vegas, of course.  I discovered world famous Hypnotist, Jerry Valley, was holding training seminars in Las Vegas at “The Orleans Hotel & Casino” where he was teaching his skills in comedy stage hypnosis. I signed up immediately.

What Jerry Valley, his son Tommy Vee, and his associate Michael DeShallet taught me just flat blew me away. They shared their knowledge of stage hypnosis and their passion for entertaining people. I left Las Vegas with a burning desire to be as entertaining and professional as they were.

I have also studied extensively under Marc Savard who performs nightly at the Planet Hollywood on the Las Vegas Strip.

I have studied under and applied the methods of Justin Tranz , Richard Barker, Terry Stokes , Kelli Karl, etc. I have realized that I never intend to stop learning and absorbing everything I can that involves the uses of hypnosis.

I am now a professional stage show hypnotist and I love it. I have produced and performed countless stage shows in Texas including County Fairs and Showrooms across this great state. I plan to take my shows to the Cruise Lines in the near future.

If you’re ready to laugh until it hurts and have a night you’ll never forget, book The Cowboy Hypnotist for your next event.

It’s the most fun you’ll ever have watching someone sleep. 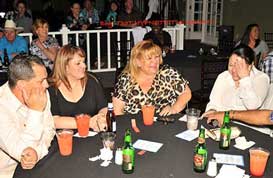 In addition to entertaining, The Cowboy Hypnotist helps you gain control over things like eating habits, weight management, and even smoking in personal one-on-one sessions.
About Cowboy Hypnotist
Videos From Past Shows
Get Don For Your Event
Types of Hypnosis Shows
Contact Cowboy Hypnotist